The ICL mission is to inspire, educate and impact students to dare to dream! Our students work passionately towards their academic and professional goals while developing intellect and character. They positively impact local and global communities with a multiplier effect through their outreach. For the past 20 years, the ICL has been Inspiring, Educating, & Impacting High Performing Youth around the world! The ICL has transformed thousands of students at conferences, leadership speaker series, Youth Summits, our global leaders program, and through our partnership with the ICL Academy. 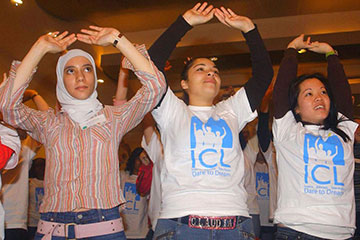 We Inspire students with our incredible network of ICL global leaders who are individuals making a mark on the world and share their passion, experiences and journeys with our students. 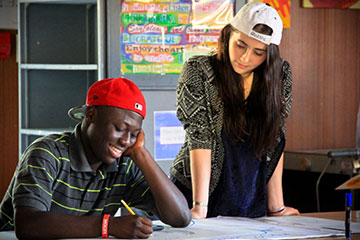 We Educate students with our award-winning, two-week, school curriculum, non-profit youth leadership curriculum which has been taught as electives, lessons embedded into schools curriculum , as accredited classes, two week summer leadership programs, and produced in partnership with other non profit partners. 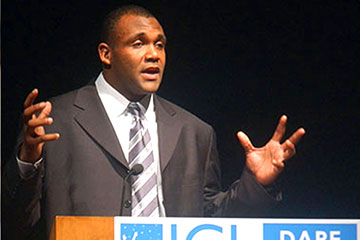 We Impact students with our ICL Scholarship Program. We partner with individuals, companies and schools to provide financial support for student to pursue their academic, athletic, performing and social entrepreneurship dreams.

LEARN MORE
"I habe been involved with the ICL its inception and have seen it grow into a global organization impacting thousands of kids around the world and more importantly i have seen kids that I spoke to and worked with a decade ago now young adults still passionate about changing the world actually achieveing their dreams and helping their communitied. I remember th 'rookie class' of ICL fellows like Andrew, Thara, Dan, Kiara. They all still stay in touch with me and each other.That is powerful."
Dhani JonesFormer Professional Football Linebacker 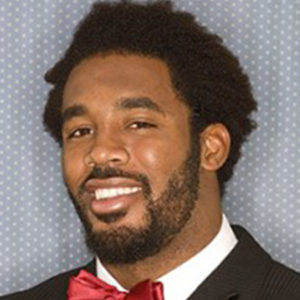 "You are the change! Each one of you are taking the necessary steps to be service leaders! you are our future. Programs like the ICL are our future. "
Bill ClintonPolitician and Former President of the United States 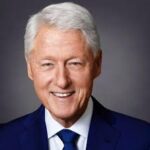 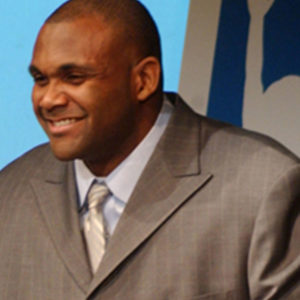 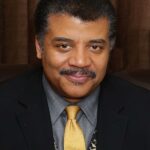 “This program is changing the way young people see themselves and the world. We must support programs like this if we are to build bridges across cultures and model schools around building service leaders and support students passionate about giving back to their schools and communities.”
Prince Khalid Bin-Bandar 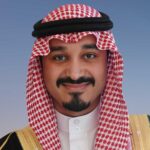 “The ICL teaches skills to help others.That is the key, It also forces kids to look inward and self reflect. I didn’t learn this till later in life and can only imagine if i had learned self awareness and reflection earlier. I do know now that by making a positive impact on your community that you become truly happy.”
LA ReidRecord Excutive and Producer 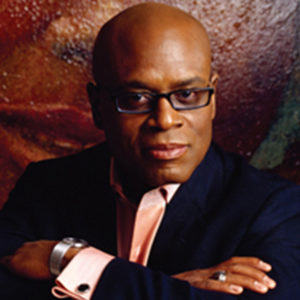 “I wish there were programs like this when i was young. The ICL harnesses innovation and imagination. The ICL builds a similar community based around service and giving back. It is truly a wonderful thing.”
Tom FrestonEntertainment Industry Executive 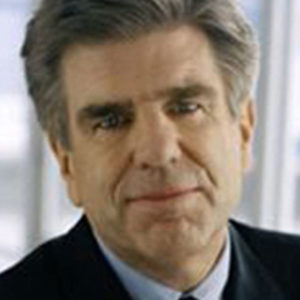 “This program is real and empowers kids and what they are passionate about. There is nothing like the power of passion and when that is focused to do good and serve others the results are amazing.”
WycleF Jean Artist, Musician 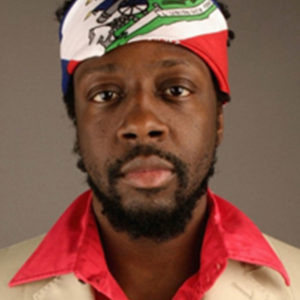 “The ICL is the type of organization whose results speak for themselves. To put it simply, the ICL strongly impacts the young leaders of this city and inspires impassioned youth that they can achieve greatness now and the ICL gives them the tools and resources to make that difference. I have been involved with the ICL for years and every year the students impress me more and more.”
Michael BloombergFormer Mayor 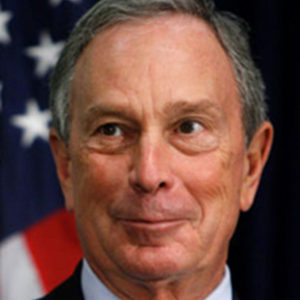 “The ICL is building a culture of peace and understanding for generations to come. This program is critical to helping young people see the impact they can make on the world today and for the rest of their lives.”
Sergey LavrovRussian Foreign Minister

“The education that I received from the Institute for Civic Leadership has helped me not only know myself better and become more confident, but it also gave me a new point of view on life. I kept my moral principles and understood that they’re an important part of a leader’s personality. The lessons that I gained from participating in this program gave me a wonderful perspective that I would not have  otherwise had. It’s a better understanding of who I am, which I expect to help mold me into the person that I hope to become.”
Elona GiubegaICL Class of 2011, Motru, Romania 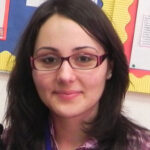 “After my experience with ICL, I was inspired to study abroad in Berlin. This directly led to my decision to study in Paris and New York as a student at Columbia University. To get that initial scholarship, I had to create a video explaining my role as a global citizen, where I discussed how the ICL had shaped my role as a global citizen. Without my ICL experience and the education I received from the program, I don’t think that I would have received this honor, nor would I have even had the courage to apply.”
Allison YamamotoICL Global Leader (Class of 2011), Columia University (Class of 2016) 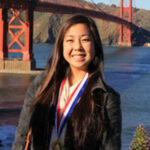 “The ICL is a model for change and highlights the power of youth and their ability to directly impact the lives of others.”
Malcolm GladwellAuthor 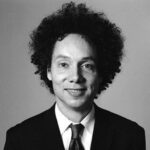 ” ICL really is a game changer and an educational program like no other. In dealing with world problems and challenges, young people are often missing from the table. The ICL brings youth to the table. And we give them, the tools with which they can help solve those problems.”
Daniel Maren ICL Global Leader (2010), Stanford University (Class of 2014) 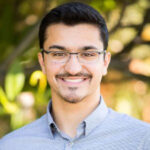 “My experience with the Institute for Civic Leadership was a difference maker. It gave me the extra confidence and skill set to go out and achieve my goals of changing the world. My efforts were even recognized by the U.S. government, who rewarded me with a Congressional medal for my commitment to community service.”
Mielsen DiasICL Global Leader (2012), Ohio State University (Class of 2015) 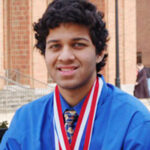 “The ICL is truly the type of catalyst for change that has real tangible impacts on youth and their local communities.”
AI GoreFormer US Vice Presiden 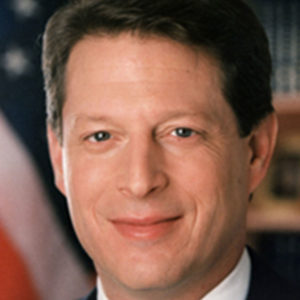 The Institute for Civic Leadership utilizes a network of renowned passionate global leaders from various fields, who relate their own stories and experiences in lectures, conversations, and counsel. An ICL Champion’s time and attention is an invaluable resource and these well recognized leaders serve as up-close models and mentors to our ICL Academy Students and fellows.

Through a specially designed high school curriculum, summer programs, and speaker series, the ICL has inspired thousands of young adults to take action in over 30 countries. ICL students have been recognized entrepreneurs, received scholarships to nearly every top university, and have won an extraordinary 6 Congressional Medals of Service.

OUR RESULTS = OUR STUDENTS

We believe that leadership is about innovation and taking action. All participants of ICL-supported programs understand that inspiration and education should fuel a passionate response within each and every student. We support these students so that they not only have a strong commitment to others, but have the ability to be catalysts for change in their communities.

The Institute for Civic Leadership has funded 1000s of student initiatives, dreams, and service projects on 6 continents in over 40

IN SHORT, ICL STUDENTS TANGIBLE RESULTS ARE WHAT DRIVE THE ORGANIZATION. STUDENTS EXCEL NOT JUST BY GETTING INTO THE COLLEGE AND UNIVERSITIES OF THEIR DREAMS, BUT BY BEING ACTIVE AND ENGAGED CITIZENS.

OUR STUDENTS = OUR RESULTS

The key element in this multiplier effect is each and every one of our ICL Global Leaders — dedicated individuals who have used the opportunities presented to them to make a positive impact in their local and global communities. Click on some of our student leaders below to learn more more about their “ICL stories” and how they are able to truly make service count.

The ICL has created programs and educational initiatives that transforms student potential into action. We champion innovation, enthusiasm, and the unstoppable energy of young people to create beneficial change through an award winning character and leadership curriculum coupled with world class academics to help students gain enrollment in the college of their dreams and persue their dreams while giving back to their community.